How to set up a business in Ireland 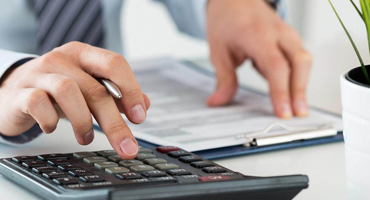 Are you thinking about setting up a company in Ireland?  Our helpful FAQs should help you get a grip with the detail, and allow you to get the process started.  If you are ready to go then check out our Company Formations page where you can start the process and allow us to finish.

How much does it cost to form a company?

Our charges are as follows:

What is included in the charge for forming a company?

Included in our price for forming an Irish company are all the relevant documents in relation to the application to the Companies Registration Office to be incorporated as well as the following when the company has been formed:

How long does it take to register a company?

On completion of your order online we will forward you the documentation for signing. Upon return of the signed documentation to us (either by post, courier or by hand) and provided all is in order, we will lodge your application with the Companies Registration Office. This process then usually takes 3-4 working days. Once the company has been incorporated we will contact you to notify you of same. We will then forward all relevant documentation in relation to your newly incorporated company.

What is needed to form an Irish Company?

What is a limited company?

In a limited company the shares of the company are owned by its shareholders. The company is regarded as a separate legal entity and is separate and distinct from those who run it.  If the company should fail, the shareholder’s liability is generally limited to the amount of unpaid share capital agreed to be contributed by them. The company is the appropriate person to be sued in the event that debts are incurred by the company which remain unpaid. The personal assets of shareholders cannot be seized to pay -off company debts, except in cases of fraudulent or reckless trading.

There are several types of limited companies:

What is an unlimited company?

Can I choose any name for my company?

There are restrictions on name choices. The CRO may refuse a name if:

What is a NACE Code?

NACE code is a classification system used throughout Europe which groups organisations according to their business activities.

What is a registered office address?

It is the address of a company to which CRO correspondence and all formal legal notices addressed to the company will be sent.  The registered office can be anywhere in the state. The address must be a physical location.

Does the trading address need to be the same as the registered office address?

No, they do not have to be the same. The registered office address can be a different location to the main trading address of the company.

What is a Constitution?

What is a company director?

A company director is someone appointed by the shareholders to manage and run the company on their behalf.

How many directors are required?

A Private Company Limited by Shares (LTD) may have just one director, but it must have a separate secretary if it has only one director.

Who can be a company director?

There are no particular qualifications or experience required to be a director, therefore almost anyone can become a company director, provided that they are 18 years of age or older.

However, there are some restrictions and the following may not act as Director:

Does the director(s) of a company have to be resident in the country?

At least one of the directors of the company is required to be resident in a member state of the European Economic Area (EEA).

What can the company do if none of the directors are EEA resident?

The company can apply for a Bond under Section 137 of the Companies Act 2014. The bond will be prescribed for a period of two years. The bond provides that in the event of a failure by the company to pay any fines imposed on the company in respect of any offence committed by it under the Companies Act 2014 and/or the Taxes Consolidation Act 1997, or a penalty which it has been held liable to pay, a sum of money becomes payable under the bond in discharge of the whole or part of the company’s liability in respect of any such fine or penalty.

Is there a limitation on the number of Irish directorships that may be held by a person?

Yes, a person cannot at any one time be a director of more than 25 companies.

Where a person is a director of two or more companies, one of which is the holding company of the other(s), these are counted as one company.

Can a director also be the company secretary?

Can a director also be a shareholder?

Yes, a director can also be a shareholder in the company.

What is a company secretary?

The secretary of a private company is not required to have any formal qualifications. The directors however, must take all reasonable steps to ensure that the secretary has the necessary skills to discharge his/her statutory and other legal duties and any such other duties as may be required as delegated to the secretary by the directors.

The secretary of a public limited company must have the requisite knowledge and experience to carry out the functions of secretary and who:

What is a Shareholder?

A shareholder is a person who holds a share or shares in a company. A shareholder becomes a member of the company when their name is entered into the register of members. Shareholders may be referred to as members and vice versa.

How many Members is a company allowed to have?

The maximum numbers of shareholders the following companies can have are:

What is a Single – Member Company?

A Single – Member Company is a company in which the shares of the company are owned by one person.

Did you know you can set up a company through TriPro.ie?  Head over to our Company Formations page and we’ll take you through it step by step.